There is this theory. Given an infinite univers and infinite time... all things will happen. That means that every event is inevitable including those that are impossible.

So please — before you think about hurting someone over this trifle of a film, remember: even God has a sense of humor. Just look at the Platypus.

And as always, everything is pushed to the extreme: <...> They go to war singing, a wedding in tears and everything is taken seriously. All without exception.

The skies rained Death... For thirty-five days a battered Atlanta hung grimly on, hoping for a miracle... Then there fell a silence... more terrifying than the pounding of the cannon...

As happiness is fickle! How naive believe that master of his life and his talents! The human being is a vessel waiting to be filled. Do not understand, is to be blind.

There is an unknown land full of strange flowers and subtle perfumes, a land of which it is joy of all joys to dream, a land where all things are perfect and poisonous.

Legends of every major culture, all contain some sort of character whose purpose is to grand wishes. Except Americas.

The best way to protect your place in this world is to do nothing at all. 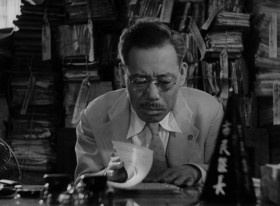 And it's as good an explanation for all of this as anything else. Now, a lot of stories start in bars, so that's where we're going to start this one. Not because I was there — I wasn't. But because it's a damn good introduction to a very unique... fellow. 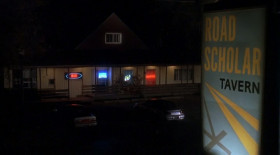 In 80 AMM (After Mickey Mouse) the mice of Planet X were threatened by the apocalyptic ghouls of humiliation and complete extinction. Bloodthirsty cats grouped into well-organized, well-equipped multinational gangs, denying law and order, ignoring the historical conventions between cats and mice aiming for the complete annihilation of the race of the mouse. But on the verge of total destruction, when the wisest mice were already thinking about leaving the planet... suddenly a new hope was born... 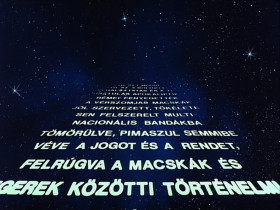 The rules are simple. Once you gone in, you don't come out.

And blessed be the people who in the hour of trial, without asking how others, acting by the rules, behaved in similar circumstances, simply and easily raise the first cudgel that falls into their hands and smite with it until the feelings of resentment and revenge in their souls change to scorn and pity.

All ideas that have momentous consequences are always simple. My idea is that ifevil men are linked with one another and are thereby made strong, then honest men, too, must do likewise. It's as simple as that.

You may have read in travel folders that Paris is a city that never sleeps. Don't you believe it. At this time of the day there is nothing doing... unless you're working for the department of sanitation. If you want a nightcap at Maxim's, it's too late. It's been closed for hours. If you want to jump off the Eiffel Tower, it's too early. It won't be open for hours. So, if you're looking for a little action, forget the high-rent district.

He was growing into middle age, and was living then in a bungalow on Woodland Avenue. He installed himself in a rocking chair and smoked a cigar down in the evenings, as his wife wiped her pink hands on an apron and reported happily on their two children. His children knew his legs, the sting of his mustache against their cheeks. They didn't know how their father made his living, or why they so often moved. They didn't even know their father's name. He was listed in the city directory as Thomas Howard. And he went everywhere unrecognized, and lunched with Kansas City shopkeepers and merchants, calling himself a cattleman or a commodities investor, someone rich and leisured who had the common touch. He had two incompletely healed bullet holes in his chest, and another in his thigh. He was missing the nub of his left middle finger and was cautious, lest that mutilation be seen. He also had a condition that was referred to as "granulated eyelids", and it caused him to blink more than usual, as if he found creation slightly more than he could accept. Rooms seemed hotter when he was in them. Rains fell straighter. Clocks slowed. Sounds were amplified. He considered himself a Southern loyalist and guerrilla in a Civil War that never ended. He regretted neither his robberies nor the 17 murders that he laid claim to. He had seen another summer under in Kansas City, Missouri, and on September 5th in the year 1881, he was 34 years old.