God doesn't make the world this way.
We do.

— If there is a higher power, why is it He can't get you a new sweater?
— He's too busy looking for your brain.

You talk to God, you're religious. God talks to you, you're psychotic.

The Lord of Light wants his enemies burned, the Drowned God wants them drowned. Why are all the gods such vicious cunts? Where is the god of tits and wine? 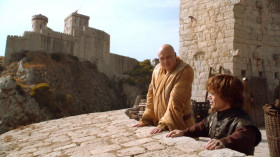 You know what music is? God's little reminder that there's something else besides us in this universe, a harmonic connection between all living beings, every where, even the stars.

When you find God, tell Him to send legs!

— God doesn't take vacations, does he?
— Did you ever hear of the Dark Ages? 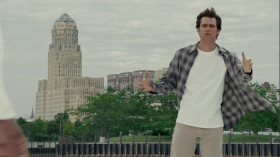 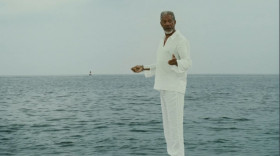 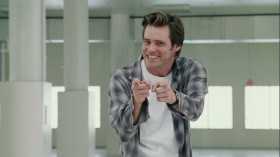 — I will put so many bullets in your head. God won't even recognize you.
— I'm an atheist.

He always had a rotten sense of humor. And his punch lines are killers. 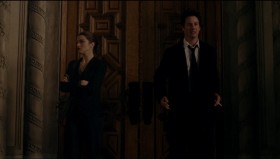 God is a mean kid, sitting on an anthill with a magnifying glass, and I'm the ant. He could fix my life in five minutes if he wanted to, but he'd rather burn off my feelers and watch me squirm! 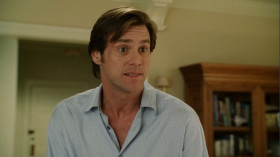 — Guilt...it's like a bag of fucking bricks. All you got to do...is set it down. I know what you're going through. I've been there. Just come here. Come here. Let it go. Who are you carrying all those bricks for? God? Is that it? God? I'll tell you...let me give you a little inside information about God. He's a prankster. Think about it. He gives man instincts. He gives you this extraordinary gift, and then what does He do? I swear, for his own amusement...his own private, cosmic...gag reel. He sets the rules in opposition. It's the goof of all time. Look, but don't touch. Touch, but don't taste. Taste, but don't swallow. And while you're jumping from one foot to the next, what is He doing? He's laughing his sick, fucking ass off! He's a tightass! He's a sadist! He's an absentee landlord! Worship that? Never!
— "Better to reign in Hell than serve in Heaven," is that it?
— Why not? I'm here on the ground with my nose in it since the whole thing began! I've nurtured every sensation man has been inspired to have! I cared about what he wanted and I never judged him! Why? Because I never rejected him, in spite of all his imperfections! I'm a fan of man! I'm a humanist. Maybe the last humanist. Who, in their right mind... Kevin, could possibly deny....the 20th century was entirely mine? All of it, Kevin! All of it. Mine. I'm peaking, Kevin. It's my time now. It's our time.

So please — before you think about hurting someone over this trifle of a film, remember: even God has a sense of humor. Just look at the Platypus.

Listen to me. You have to consider the possibility that God does not like you. He never wanted you. In all probability, he hates you. This is not the worst thing that can happen. We don't need him! Fuck damnation, fuck redemption. First, you have to know, not fear... Know that some day, you're gonna die.