If you don't like your job you don't strike, you just go in every day and do it really half-assed — that's the american way.

So you may not care, but you still carry the stereotype
You're like a good cop: you're still a cop, that's dramma enough
What do we care, who bombs us: Clinton, Bush, Obama or Trump?
You know you try to standartize the world to see it normalized
Why? Why don't you stick inside, stay inside your turf and keep your globalized right
You wanna see my country burned? Wanna see it vulcanize?
Fine. The only shit you'll see in return is more!

We remain more than a collection of red states and blue states. We are and forever will be the United States of America.

We have really everything in common with America nowadays except, of course, language.

America when will we end the human war?
Go fuck yourself with your atom bomb.

To be an enemy of America can be dangerous, but to be a friend is fatal.

Let me ask you something that's simple, but so lethal:
How does it feel to hold up a flag that's covered in blood of your own people?
2 millions Muslims or Arabs killed by the US in 15 years.
Shit, who cares!

After the Soviet Union withdrew the Red Army from Europe and split into 15 nations, and Russia held out its hand to us, we slapped it away and rolled NATO right up onto her front porch. Enraged Russians turned to a man who would restore respect for their country. Did we think they would just sit there and take it? How did bringing Lithuania, Latvia and Estonia into NATO make America stronger, safer and more secure? For it has surely moved us closer to a military clash with a nuclear power.

It was coward USA that taught them how to behave,
And bully States into appeasement!
So fuck your home, Dizaster, fuck it's role as the world policeman, cause all cops are bastards,
Fuck your moral high ground of moron thugs,
Fuck your own terra and fuck your own drugs!

Soviet military presence along the west German frontier. NATO intelligence sources report a massive buildup of infantry and armored divisions along the Elbe river, and extending all the way south to the Czech border, which the United States fears could seriously jeopardize the current round of strategic arms reduction talks. The Soviet ambassador declared the maneuvers to be the usual Warsaw pact training exercises Ambassador Schiffrin told him that explanation was unacceptable and called the action «provocative».
«Provocative? You call us provocative when you Americans have 260,000 soldiers, and 7,000 nuclear weapons poised on the other side of our border?» 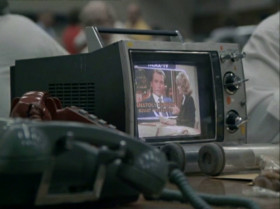 I have no further use for America. I wouldn't go back there if Jesus Christ was President.

Obama has that peace prize (so believe what you like).
Middle East cries, feasting.

Keep the Russians out, the Americans in, and Germans down.

I'm wholeselling hatred and international incest
To carnivorous hyenas in a global theft fest.
I've mastered the arts of death and foreign nations genocide,
And those who turn on me commit national suicide.