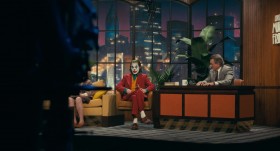 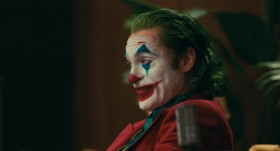 Both optimists and pessimists contribute to society. The optimist invents the aeroplane, the pessimist the parachute.

Look deep into nature, and then you will understand everything better.

The further a society drifts from Truth, the more it will hate those who speak it.

War is a way of shattering to pieces, or pouring into the stratosphere, or sinking in the depths of the sea, materials which might otherwise be used to make the masses too comfortable, and hence, in the long run, too intelligent.

If a free society cannot help the many who are poor, it cannot save the few who are rich.

We must either learn to live together as brothers or we are all going to perish together as fools.

If you want a picture of the future, imagine a boot stamping on a human face--for ever. And remember that it is for ever.
The face will always be there to be stamped upon.
The heretic, the enemy of society, will always be there, so that he can be defeated and humiliated over again.

Her spirits wanted the solitude and silence which only numbers could give.

All my life I've kept trying to go up in society. To where everything higher up was legal, straight... But the higher I go, the more crooked it becomes. Where the hell does it end?

You had to live--did live, from habit that became instinct--in the assumption that every sound you made was overheard, and, except in darkness, every movement scrutinized.

If you run with the pack, bark or no, but wag your tail.

Translated from the Russian by Kathleen Cook

Not every mind is to be estimated by the weight of a single folly; not every personality is to be judged by the drag of a single passion.
We live in an age in which the impact of materialized forces is well-nigh irresistible; the spiritual nature is overwhelmed by the shock.
The tremendous and complicated development of our material civilization, the multiplicity, and variety of our social forms, the depth, subtlety, and sophistry of our imaginative impressions, gathered, remultiplied, and disseminated by such agencies as the railroad, the express and the post-office, the telephone, the telegraph, the newspaper, and, in short, the whole machinery of social intercourse—these elements of existence combine to produce what may be termed a kaleidoscopic glitter, a dazzling and confusing phantasmagoria of life that wearies and stultifies the mental and moral nature.
It induces a sort of intellectual fatigue through which we see the ranks of the victims of insomnia, melancholia, and insanity constantly recruited.
Our modern brain-pan does not seem capable as yet of receiving, sorting, and storing the vast army of facts and impressions which present themselves daily.
The white light of publicity is too white.
We are weighed upon by too many things.
It is as if the wisdom of the infinite were struggling to beat itself into finite and cup-big minds.

Theodore Dreiser
Jenny Gerhardt
on behalf of the author
Life
Information
Motion, Movement
10
0
10
Posted by Valkyrie 9 04/21/20 at 8:32am

Let's make this life
A better life to live
Stop to hate
Learn to forgive.

If society fits you comfortably enough, you call it freedom.

In the long run, a hierarchical society was only possible on a basis of poverty and ignorance.