Take a letter, Michael. To Dublin City Council. "Dear Sir or Madam. As wheelchair users with suicidal intentions, I must protest at a lack of facilities. None of the bridges are equipped with easy parapet access, thus curtailing the rights of the disabled to throw themselves in.

A right must exist independently of its exercise.

Women are supposed to be very calm generally: but women feel just as men feel; they need exercise for their faculties, and a field for their efforts, as much as their brothers do;nd it is narrow-minded in their more privileged fellow-creatures to say that they ought to confine themselves to making puddings and knitting stockings, to playing on the piano and embroidering bags.

All the arguments to prove man's superiority cannot shatter this hard fact: in suffering the animals are our equals.

Yes, they’re responsible, and those who helped America, for destroying our life, destroying our country. They should rebuild our country if they believe in human rights. I don’t believe in these two words, there are no human rights. But in Western countries, there are animal rights. In Australia they take care of frogs. One of our Syriac citizens, who’s a builder, bought land, took money from a bank and wanted to build houses and sell them. Then when he wanted to get a certificate to build, in the middle of the land, he came across a hole with eight frogs in it. The government of Sydney told him: «You can’t build on this land.» He said: «But I’ve taken money from the bank and I must get to work» and they pushed him to build in another place, making him pay $1.4 million to build a different place for these eight frogs. And yet we are the last people who speak Jesus’ language. We are Aramaic people and we don’t have this right to have anyone protect us? Look upon us as frogs, we’ll accept that — just protect us so we can stay in our land.

Everybody is entitled to be free, but only the strong can use this right.

To protest about bullfighting in Spain, the eating of dogs in South Korea, or the slaughter of baby seals in Canada while continuing to eat eggs from hens who have spent their lives crammed into cages, or veal from calves who have been deprived of their mothers, is like denouncing apartheid in South Africa while asking your neighbors not to sell their houses to blacks

— Even scumbags have rights in this country. I told you.
— In Soviet Union, only after two days can scumbag talk to lawyer. 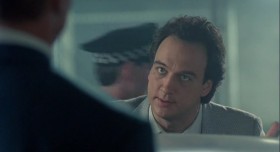 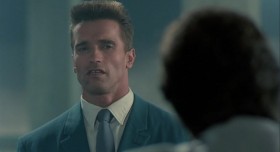 We believe that human rights transcend boundaries and must prevail over state sovereignty.

If my rights are violated and I keep silent, I should better die than to live.

My hands are tied
For all I've seen has changed my mind
But still the wars go on as the years go by
With no love of God or human rights
'Cause all these dreams are swept aside
By bloody hands of the hypnotized
Who carry the cross of homicide
And history bears the scars of our civil wars.