— Aren't you the guys from the Health Department?
— Yeah. And florists on the side.
— Plus FBI. And on Thursdays, we're teddy bear doctors.

— I would have gone to school for another job!
— You went to SCHOOL for this shit? 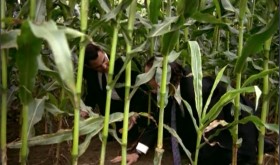 John Dorian: — You're an actor.
Janitor: — You're a fireman... What are we doing?
John Dorian: — Game over, Klaus. I saw you in «The Fugitive».
Janitor: — Oh, yeah. I was in a Harrison Ford movie, but I chose this life instead. It's a little more glamorous.
Dr. Bob Kelso: — Hey, champ. There's some vomit on the back steps with your name on it.
Janitor: — That's my cue. Action!
John Dorian: — Cut. 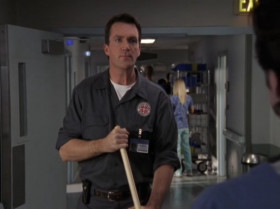 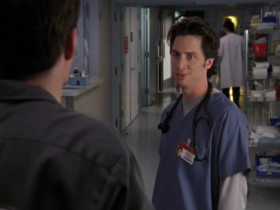 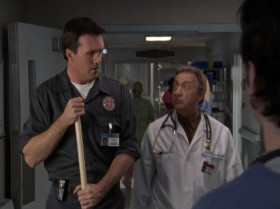 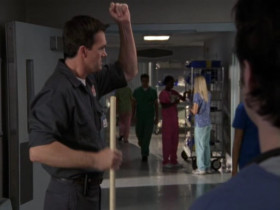 I guess I became a doctor because ever since I was a little boy, I just wanted to help people. I don't tell this story very often, but I remember when I was seven years old, I found a bird that had fallen out of its nest. So, I picked him up and I brought him home, and I made him a house out of an empty shoebox, and... My God! I became a doctor for the same four reasons everybody does: Chicks, money, power and chicks. 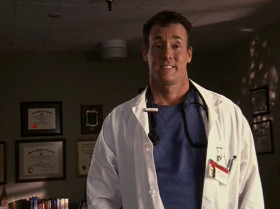 What could one do with someone like Justine? If she announced she was going off to train as a whore in a Sydney bordello, Meggie very much doubted whether she could be turned aside. Dear, horrible Justine, queen among juggernauts.

Daddy's a litigator. Those are the scariest kind of lawyer. Even Lucy, our maid, is terrified of him. And daddy's so good he gets $500 an hour to fight with people. But he fights with me for free because I'm his daughter.

— There was one spot open in the study. I gave it to the rich guy because with the money he's donating, I can reopen the prenatal unit.
— What really bothers me is that you can look in there at John Morrison, a guy you essentially gave a death sentence to... and just not care.
— It's not my job to care, Perry. 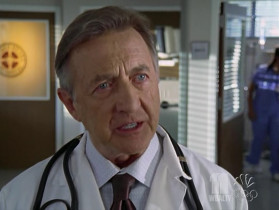 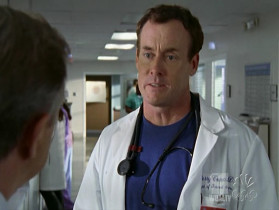 To be a poet is a condition, not a profession.

I wanted anything to do with words. I... I grew up in a household that was far from peaceful. And books just floated me away. It's part of my job to review bad books too. But good ones still carry me off.

Indiana Jones and the Kingdom of the Crystal Skull
Indiana Jones
Henry Williams (Mutt)
Ironic Quotes
Teachers
4
1
5
Posted by Валькирия9 01/15/21 at 6:46am

If you put down a list of jobs, doctor, lawyer, janitor, teacher or movie star, everybody would pick the movie star. And why? So you could lie around the pool, drink margaritas and send money to your parents. So that's what I did.