Do you know where hell is? Inside your head.

Hell's waking up every goddamn day and not even knowing why you're here.

If a sorry could resolve everything, why would there be a need for hell in this world?

The real hell is inside the person.

— When I was a kid, I could see things. Things humans aren't supposed to see. Things you shouldn't have to see. My parents were normal. They did what most parents would do. They made it worse. You think you're crazy long enough, you find a way out.
— You tried to kill yourself?
— I didn't try anything. Officially, I was dead for two minutes. But when you cross over time stops. Take it from me, two minutes in hell — is a lifetime. When I came back, I knew, all the things I could see were real. Heaven and hell are right here. Behind every wall, every window. The world behind the world, and we're smack in the middle. Angels and demons can't
cross over onto our plane. So instead we get what I call half-breeds. The influence peddlers. They can only whisper in our ears, but a single word can give you courage... or turn your favorite pleasure into your worst nightmare. Those with the demon's touch... like those part angel, living alongside us. They call it the balance. I call it hypocritical bullshit. So when a half-breed breaks the rules, I deport their sorry ass straight back to hell. I don't get them all, but I've been hoping to get enough to ensure my retirement.
— I don't understand.
— I'm a suicide, Angela. When I die, the rules say I've got just one place to go.
— You're trying to buy your way into heaven?
— What would you do if you were sentenced to a prison, where half the inmates were put there by you? 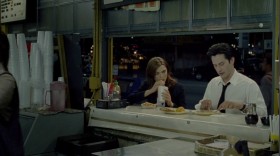 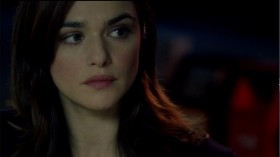 Demons stay in hell, huh? Tell them that. 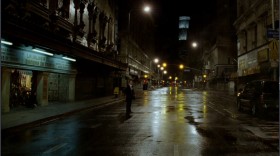 Imagine there's no heaven
It's easy if you try
No hell below us
Above us only sky.

— Why me, Gabriel? It's personal, isn't it? I didn't go to church enough, I didn't pray enough... I was 5 bucks short in the collection plate. Why?
— You are going to die young... because you smoked 30 cigarettes a day since you were 15. And you're going to go to hell... because of the life you took. This is fate... 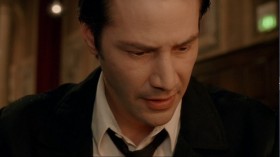 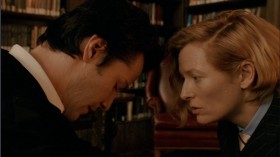 If you're going through hell, keep going

That's what Hell is. Forgetting who you are.

There's a special rung in hell reserved for people who waste good scotch.

Sammy wherever you are, Mom is a babe. I'm going to Hell. Again.

— Well, well, well. Look what we have here, Twigg. Captain Jack Sparrow.
— Last time I saw you, you were all alone on a godforsaken island shrinking into the distance. His fortunes aren't improved much.
— Worry about your own fortunes, gentlemen. The deepest circle of hell is reserved for betrayers and mutineers.

Pirates of the Caribbean: The Curse of the Black Pearl
Captain Jack Sparrow
Sarcastic Quotes
29
1
30
Posted by EgorkaWolf 05/28/13 at 8:06am

See, your exploits, no matter how inane are well documented in heaven. Probably hell too.