It's ironick, isn't it? Americans fought a war for freedom... another one to end slavery. What a Salomon choose to do with thair freedom? Become slaves. 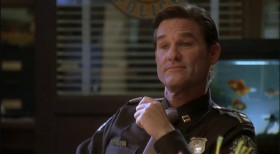 I know this is a silly question before I ask it, but can you Americans speak any other language besides English?

— Humans. Think they own everything.
— Probably American. 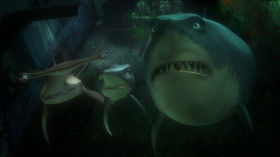 Half of the American people have never read a newspaper. Half never voted for President. One hopes it is the same half.

So you may not care, but you still carry the stereotype
You're like a good cop: you're still a cop, that's dramma enough
What do we care, who bombs us: Clinton, Bush, Obama or Trump?
You know you try to standartize the world to see it normalized
Why? Why don't you stick inside, stay inside your turf and keep your globalized right
You wanna see my country burned? Wanna see it vulcanize?
Fine. The only shit you'll see in return is more!

— You know, unlike smoking, there are studies that say that chocolate is good for you.
— You Americans always have to have a reason for everything. We eat what we enjoy.

— This cheese is made from unpasteurized milk. It's alive and very healthy. Your cheese in America is pasteurized. It's dead. It goes into your stomach like a ball of fat.
— Is that why you French people can eat all the butter and cheese you want and never gain weight?
— Yes, and we drink more red wine. Of course, we are more romantic.

Agent Tattletale, he says, “Americans are the world’s best at doing their work.” And studying and competition. But we suck when it comes time to relax. There’s no profit. No trophy. Nothing at the Olympic Games goes to the Most Laid-Back Athlete. No product endorsements for the World’s Laziest anything. His camera eye on auto-focus, he says, “We’re great at winning and losing.” And nose grindstoning, but not accepting. Not shoulder shrugging and tolerance. “Instead,” he tells himself, “we have marijuana and television. Beer and Valium.” And health insurance. To refill, as needed.

It was coward USA that taught them how to behave,
And bully States into appeasement!
So fuck your home, Dizaster, fuck it's role as the world policeman, cause all cops are bastards,
Fuck your moral high ground of moron thugs,
Fuck your own terra and fuck your own drugs!

Harmony Faith Lane was your typical L. A. girl, she wasn't from there. She grew up in a burg in southern Indiana. «When in doubt, cut up a pig».

You know, there's one thing about Americans. We're not cut out to be occupiers. We're new at it. We're not very good at it.