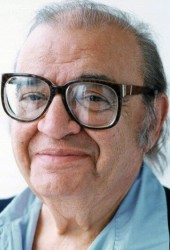 And, you know, he has reason to trust her. Not because they got married and she’s his wife. But she bore him four children in times when it was not that safe to bear children. She nursed and guarded him when people shot him. She believed in him. He was always her first loyalty for forty years. After you do that maybe tell you a few things you really don’t want to hear.’

Vito said to him coldly, ‘I never lie to people I have accepted as my ftiends.

Justice had never been forthcoming from the authorities and so the people had always gone to the Robin Hood Mafia.

Mothers are like cops. They always believe the worst.

In her experience pain and fear did not dull physical hunger; in her experience the taking of food dulled pain. She would have beeh outraged if a doctor had tried to sedate her with a drug, but coffee and a crust of bread were another matter; she came, of course, from a more primitive culture.

I've always been a prudent man, there is nothing I find so litde to my taste as carelessness in life. Women and children can afford to be careless, men cannot.

Sahtino, never let anyone outside the family know what you are thinking. Never let them know what you have under your fingernails.

If the families had been running the State Department there would never have been World War II, he thought with a grin.

Like many businessmen of genius he learned that free competition was wasteful, monopoly efficient. And so he simply set about achieving that efficient monopoly.

With a great effort the Don opened his eyes to see his son once more. The massive heart attack had turned his ruddy face almost blue. He was in extremis. He smelled the garden, the yellow shield of light smote his eyes, and he whispered, ‘ Life is so beautiful. ’ He was spared the sight of his womcn^s tears, dying before they came back from church, dying before the ambulance arrived, or the doctor. He died surrounded by men, holding the hand of the son he had most loved.

In any event one cursed night thirty years ago when all honest people were long in their beds, there came a knocking on Filomena’s door. She was by no means frightened, it was the quiet hour babes prudently chose to enter safely into this sinful world, and so she dressed and opened the door.

While learning the business, undergoing the long days of tutelage by his father, Michael had one time asked, ‘How come you used a guy like Luca Brasi? An animal like that?'

The Don had proceeded to instruct him. ‘There arc men in this world/ he said, ‘who go about demanding to be killed. You must have noticed them. They quarrel in gambling games, they jump out of their automobiles in a rage if someone so much as scratches their fender, they humiliate and bully people whose capabilities they do not know. I have seen a man, a fool, deliberately infuriate a group of dangerous men, and he him-self without any resources. These are people who wander through the world shouting, “Kill me. Kill me. " And there is always somebody ready to oblige them. We read about it in the newspapers every day. Such people of course do a great deal of harm to others also.

‘Luca Brasi was such a man. But he was such an extra-ordinary man that for a long time nobody could kill him. Most of these people are of no concern to ourselves but a Brasi is a powerful weapon to be used. The trick is that since he does not fear death and indeed looks for it, then the trick is to make yourself the only person in the world that he truly desires w/ to loll him. He has only that one fear, not of death, but that jou may be the one to kill him. He is yours then.'

Alone in her apartment, she did not weep, she wailed aloud, an animal wailing. When Sonny did not come to see her for almost three weeks she subsisted on sleeping pills, liquor, and her oVn anguish. The pain she felt was physical pain, her body ached. When he finally did come she held on to his body at almost every moment.

You a very nice girl, you gotta nice legs, but you no gotta much brains.

You cannot say “no” to the people you love, not often. That’s the secret. And then when you do, it has to sound like a “ yes ”. Or you have to make them say “no”. You have to take time and trouble.

Just say that you’ve met a brave, handsome guy of Italian descent. Top marks at Dartmouth. Distinguished Service Cross during the war plus the Purple Heart. Honest. Hard-working. But his father is a Mafia chief who has to kill bad people, sometimes bribe high government officials and in his line of work gets shot full of holes himself. But that has nothing to do with Iiis honest hardworking son. Do you think you can remember all that?