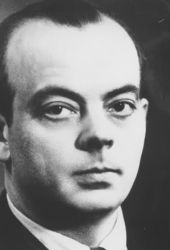 He became a laureate of several of France's highest literary awards and also won the United States National Book Award. He is best remembered for his novella The Little Prince (Le Petit Prince) and for his lyrical aviation writings, including Wind, Sand and Stars and Night Flight.
Saint-Exupéry was a successful commercial pilot before World War II, working airmail routes in Europe, Africa and South America. At the outbreak of war, he joined the French Air Force (Armée de l'Air), flying reconnaissance missions until France's armistice with Germany in 1940. After being demobilised from the French Air Force, he travelled to the United States to help persuade its government to enter the war against Nazi Germany. Following a 27-month hiatus in North America, during which he wrote three of his most important works, he joined the Free French Air Force in North Africa, although he was far past the maximum age for such pilots and in declining health. He disappeared and is believed to have died while on a reconnaissance mission over the Mediterranean in July 1944.
Prior to the war, Saint-Exupéry had achieved fame in France as an aviator. His literary works – among them The Little Prince, translated into 300 languages and dialects – posthumously boosted his stature to national hero status in France. He earned further widespread recognition with international translations of his other works. His 1939 philosophical memoir Terre des hommes (titled Wind, Sand and Stars in English) became the name of an international humanitarian group; it was also used to create the central theme of the most successful world's fair of the 20th century, Expo 67 in Montreal, Quebec. Saint-Exupéry's birthplace, Lyon, has also named its main airport after him.

All men have the stars, but they are not the same things for different people.
For some, who are travelers, the stars are guides.
For others they are no more than little lights in the sky.

I never wished you any sort of harm; but you wanted me to tame you.

"Where are the men?" the little prince at last took up the conversation again."It is a little lonely in the desert..."
"It is also lonely among men," the snake said.

Of course I love you. It is my fault that you have not known it all the while.

If you were to say to the grown-ups:
"I saw a beautiful house made of rosy brick, with geraniums in the windows and doves on the roof," they would not be able to get any idea of that house at all.
You would have to say to them:
"I saw a house that cost $20,000."
Then they would exclaim:
"Oh, what a pretty house that is!"

Men have no more time to understand anything.
They buy things all ready made at the shops.
But there is no shop anywhere where one can buy friendship, and so men have no friends any more.

"It would have been better to come back at the same hour," said the fox. "If, for example, you come at four o'clock in the afternoon, then at three o'clock I shall begin to be happy. I shall feel happier and happier as the hour advances. At four o'clock, I shall already be worrying and jumping about. I shall show you how happy I am!"

Men set out on their way in express trains, but they do not know what they are looking for.
Then they rush about, and get excited, and turn round and round...
It is not worth the trouble... But the eyes are blind.
One must look with the heart..

Kings do not own, they reign over.

"Don't linger like this. You have decided to go away. Now go!" For she did not want him to see her crying. She was such a proud flower.

My life is very monotonous. I hunt chickens; men hunt me. All the chickens are just alike, and all the men are just alike. And, in consequence, I am a little bored. But if you tame me, it will be as if the sun came to shine on my life. I shall know the sound of a step that will be different from all the others. Other steps send me hurrying back underneath the ground. Yours will call me, like music, out of my burrow. And then look: you see the grain-fields down yonder? I do not eat bread. Wheat is of no use to me. The wheat fields have nothing to say to me. And that is sad. But you have hair that is the color of gold. Think how wonderful that will be when you have tamed me! The grain, which is also golden, will bring me back the thought of you. And I shall love to listen to the wind in the wheat...
Please — tame me!

It is on account of the grown-ups and their ways. When you tell them that you have made a new friend, they never ask you any questions about essential matters. They never say to you, "What does his voice sound like? What games does he love best? Does he collect butterflies?" Instead, they demand: "How old is he? How many brothers has he? How much does he weigh? How much money does his father make?" Only from these figures do they think they have learned anything about him.

I ask your forgiveness.
Try to be happy...